Arrays, any way you slice it

Arrays have a variety of built in methods which can be quite powerful, but also very intimidating for beginners. In this post, we will break down the Array.slice() method into bite-sized pieces to help conquer a useful array method.

"Why are we assigning the array to a variable bread?"

The reason is that we will be using a loaf of bread as our mental image of the array, where each slice of bread is an element from our bread array and each comma is a point where we could cut our bread. 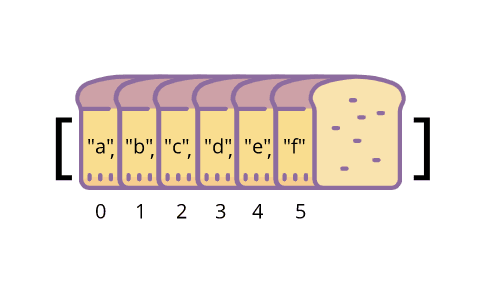 Note that the numbers below each element of the array are the index of that element.

With the slice() method, you are able to manipulate an array by indicating at which comma you would like to 'cut' your array. There are 3 scenarios we will be looking at with passing arguments into slice().

When you pass one argument into slice(), you are indicating the point where you will slice your bread loaf. The first argument will remove from the beginning of the array until the designated slicing point. So by using bread.slice(3), we are indicating that we would like to cut at the 3rd comma and remove everything before that comma. 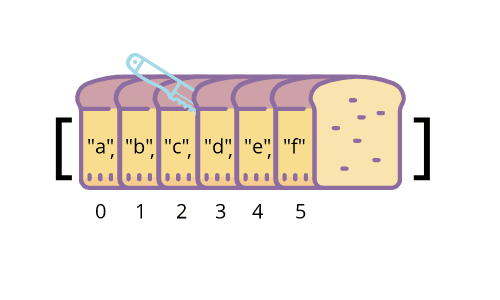 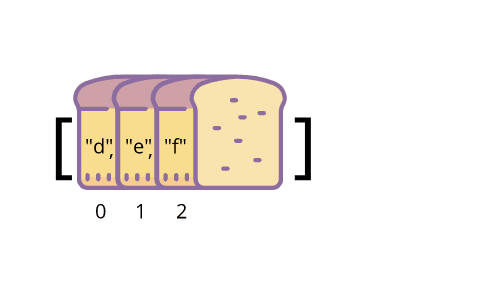 When passing two arguments to slice(), the first argument works the same as when passing one argument, but what about the second argument? The second argument also indicates the comma where you would like to cut your bread, but this time instead of removing what comes before that comma, we remove what comes after that comma. So if we use bread.slice(2,4), we are cutting our bread at the second comma and fourth comma and discarding everything not between those cut points. 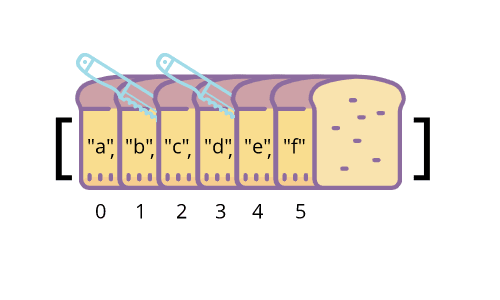 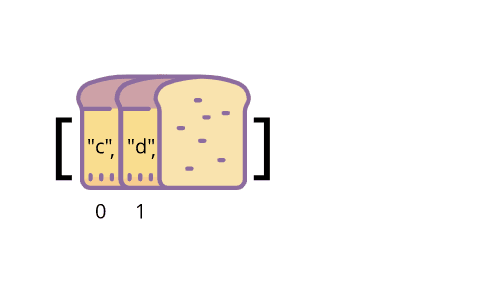 What if we were to pass in something large as the second argument like 100? Well, that would be like counting out 94 invisible/non-existent pieces of bread and cutting at that point - It will work the same as passing in a single argument! 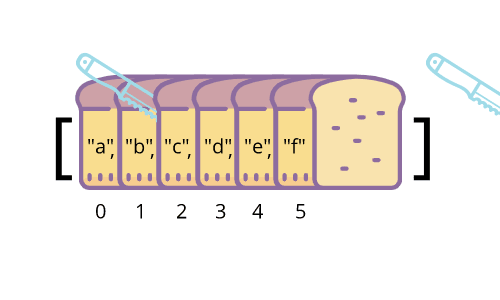 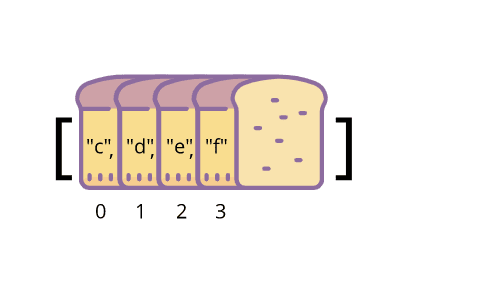 Other ways to slice it

When you pass in 0, that's the equivalent of slicing the air before your bread - it does nothing. 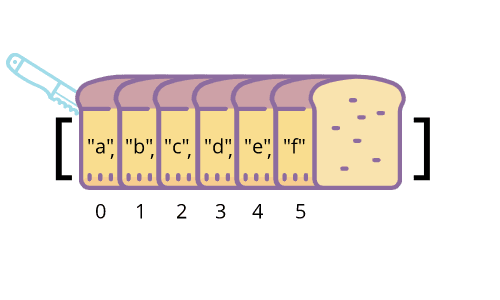 Hopefully this analogy helps clear up any confusion around Array.slice() and makes arrays easier to understand moving forward. If you have any questions about arrays or the slice method, feel free to tweet at me!